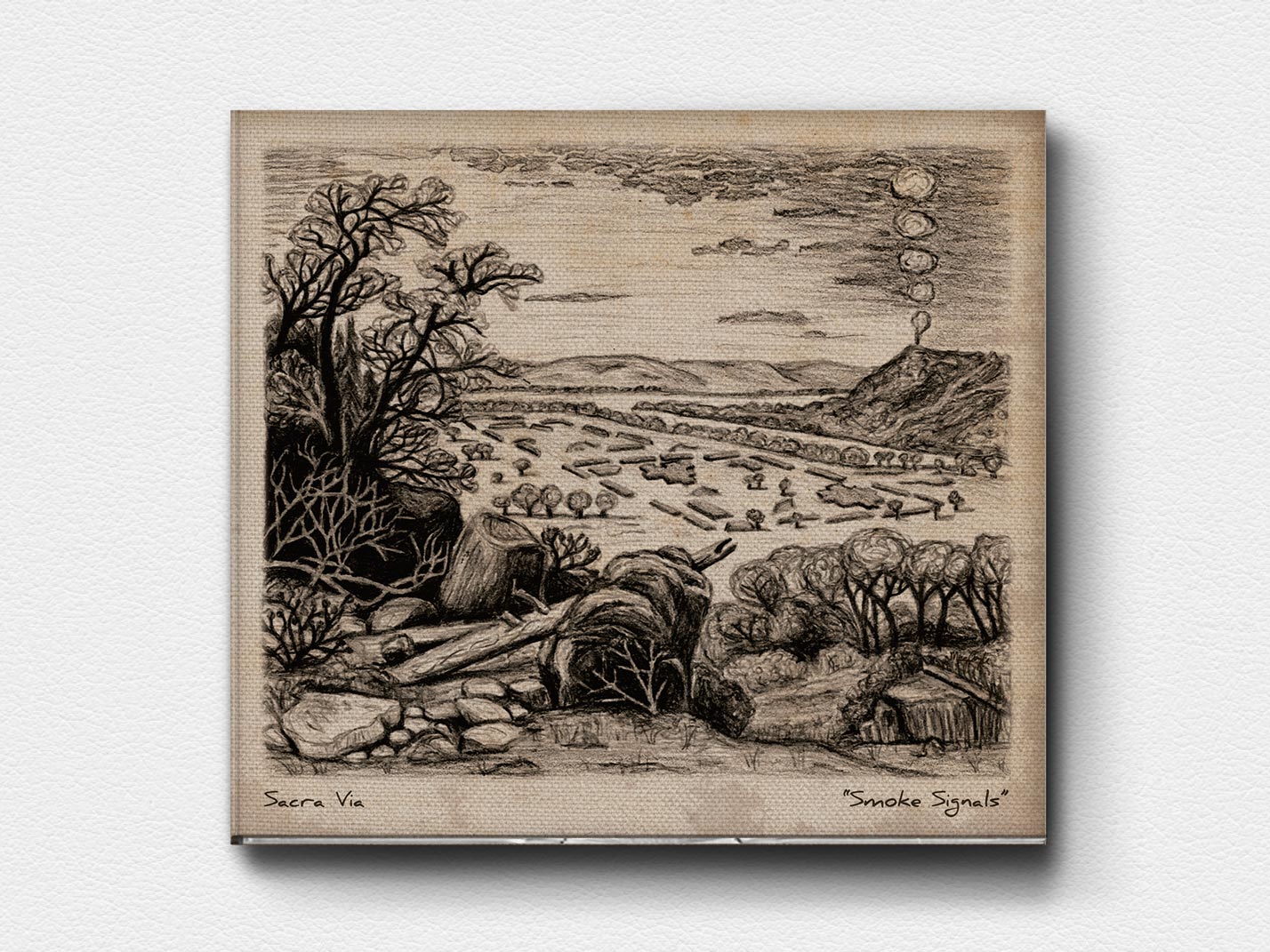 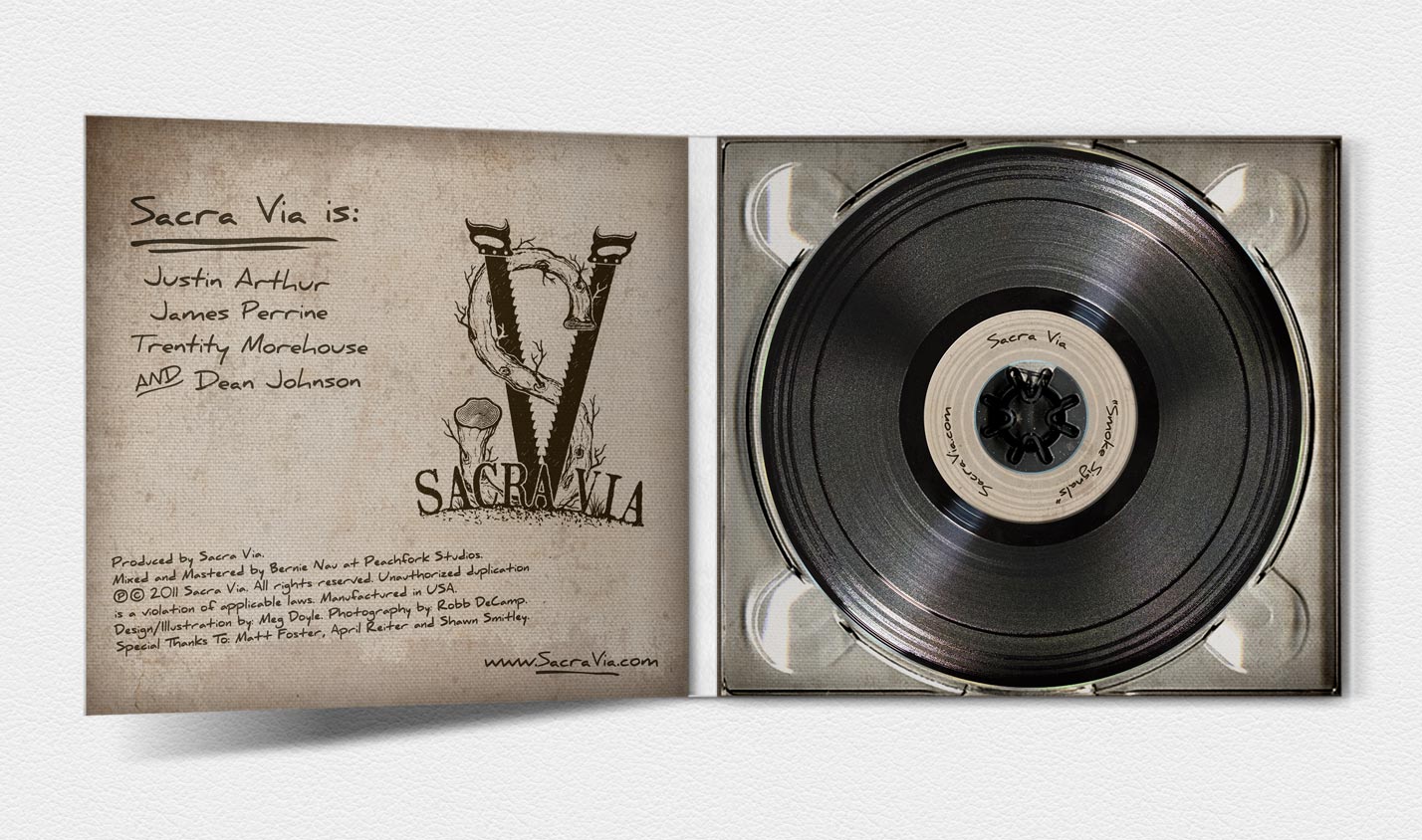 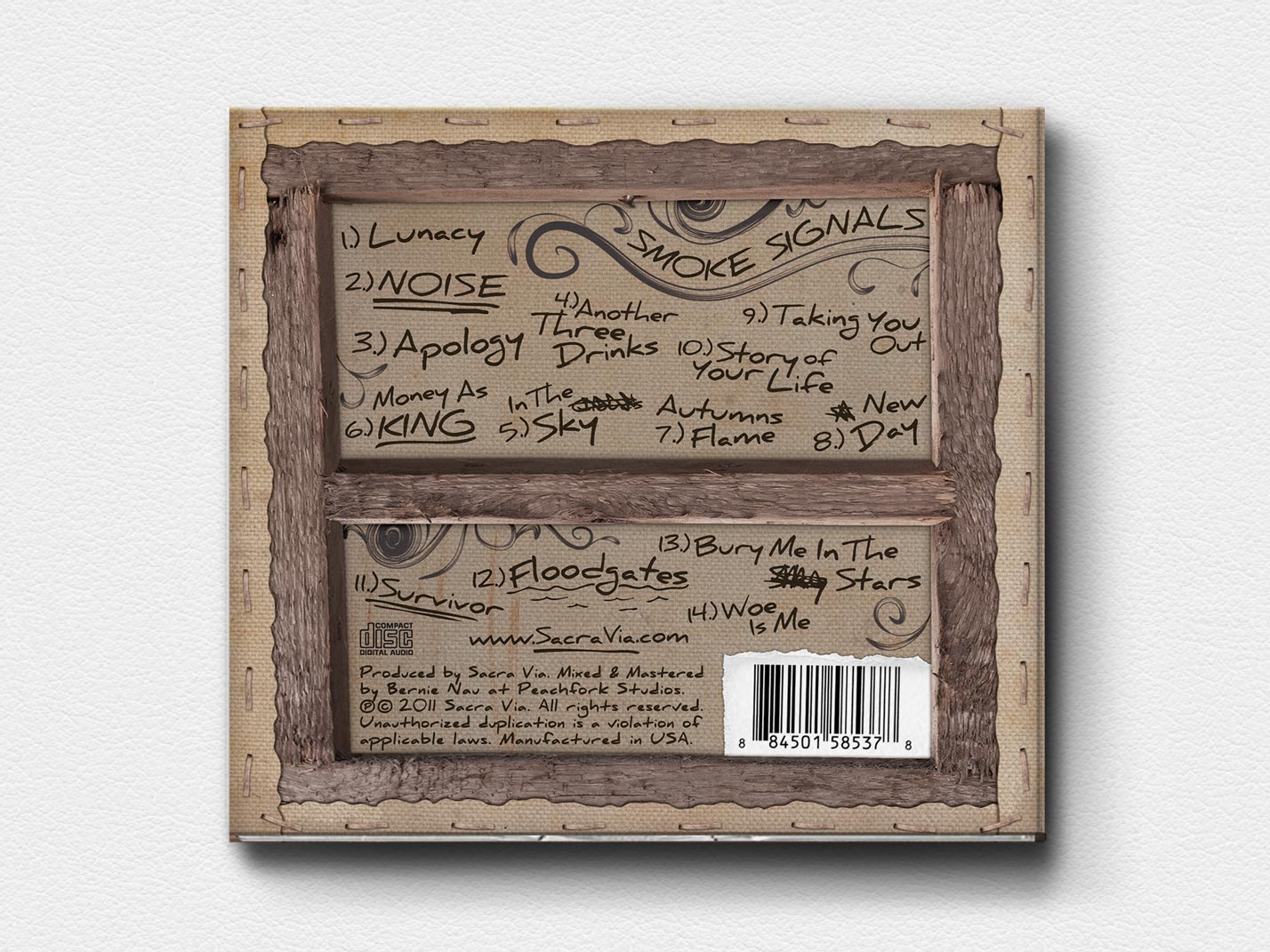 Album artwork for “Smoke Signals”, debut album of Sacra Via, a Southeastern Ohio-based eclectic rock band. The band’s members hail from Marietta, Ohio and take pride in their home town’s history. The name “Sacra Via” comes from a sacred walled way built by the Hopewell Indians around 900 AD, which lead from the Quadranaou Indian Mound to the Ohio River. The area was used as a camp during the Civil War, known as Camp Tupper. For the album cover, I illustrated a historic vision of the area, based on Captain Jonathan Heart’s drawing from 1791.