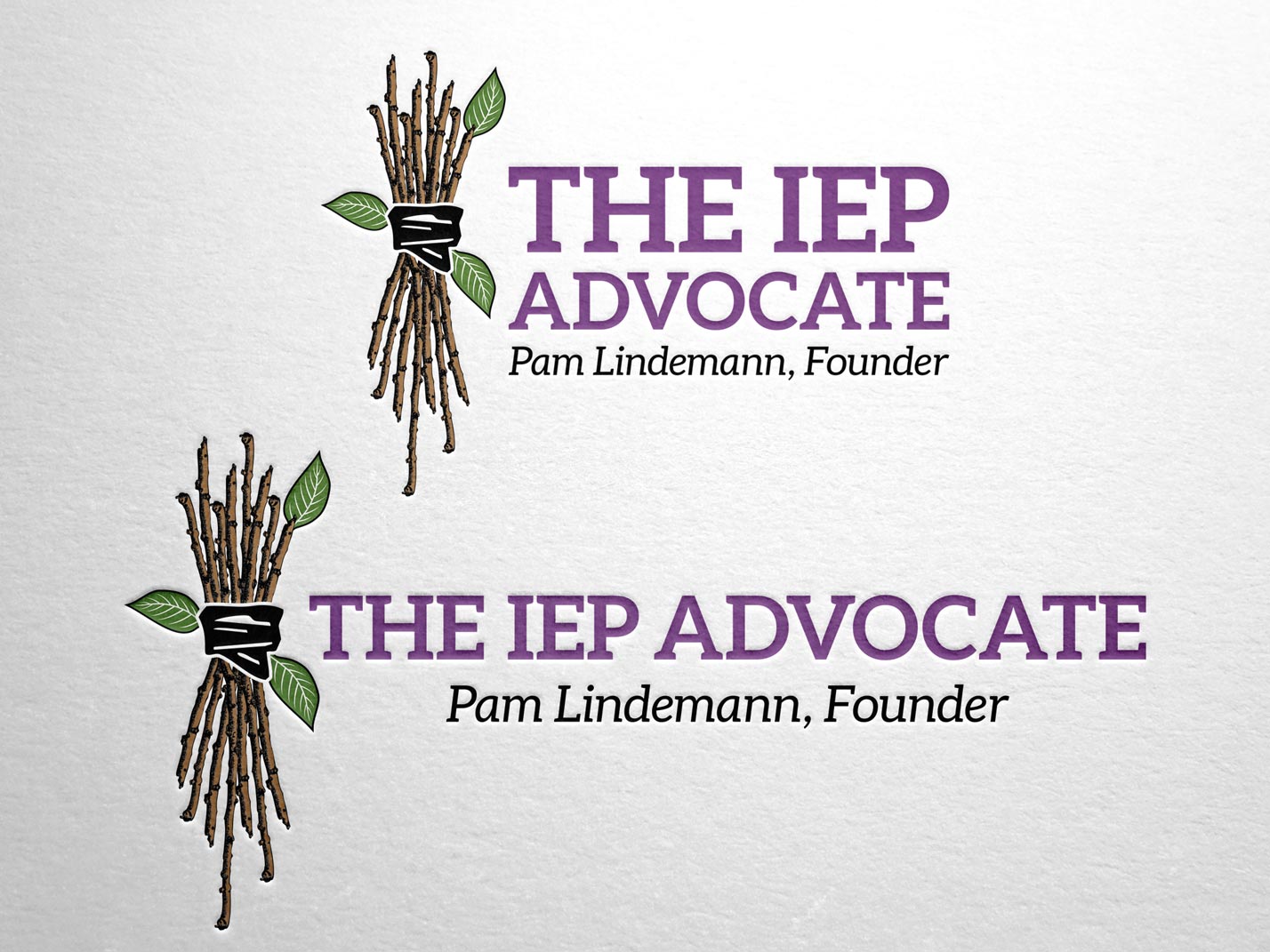 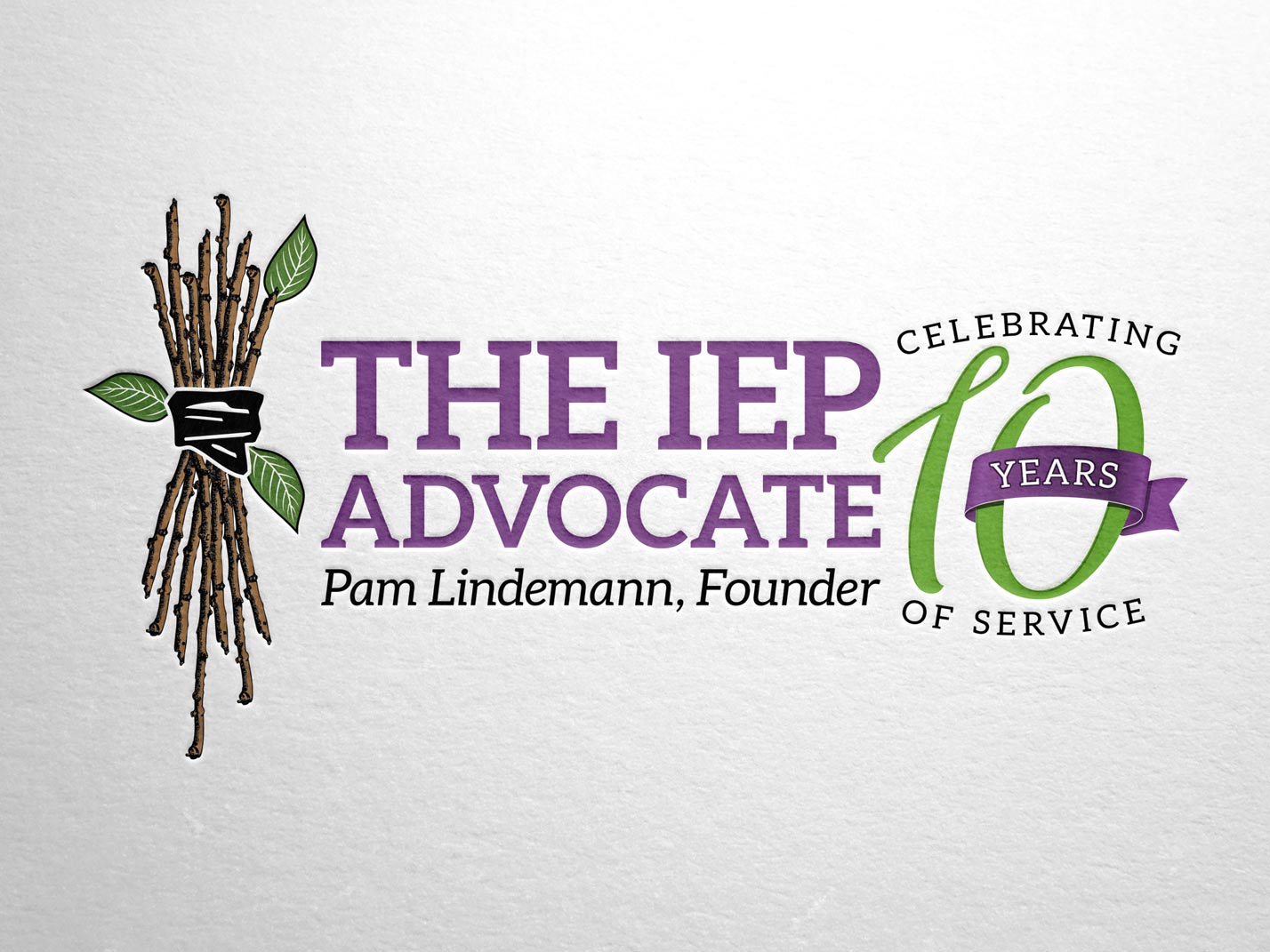 “I can’t recommend Meg highly enough. Everyone who sees our new logo absolutely loves it! She is incredibly creative and very much in tune with what I wanted. Super easy to work with, didn’t mind my asking for changes. This was the first time I hired someone online and I couldn’t have found anyone better. She is definitely my “go to” person for every graphic need my business will have in the future!” — Pam Lindemann (Orlando, FL)

Logo redesign for The IEP Advocate, a company that works with families who have children with special needs and who are struggling in school. The logo they wanted redesigned contained an illustration of a bundle of twigs which came from the Aesop’s Fable: The Story of The Twigs which is about an old man and his young sons. The sons kept getting beaten down by other people so the old man told each of his sons to pick up a twig. He then told them to break the twig. The sons did what they were told and each twig broke quite easily. The old man then asked each son to grab a bunch of twigs and bundle them together. The sons did so, but when they tried to break the bundle of twigs, they could not. I thought this was incredibly fitting for their organization as one parent can easily feel intimidated but a group of educated parents cannot, so I found it important to include the bundle of twigs imagery in their new logo. I created a new twigs illustration using a more detailed and intricate illustration style than their existing logo and paired it with a more modern slab serif font. The logo was then provided in several layouts including one with their tagline, one with contact info, etc. Next I created a version of the logo for their 10th anniversary.